"Over the last few years, the computer has become widespread in the social sphere as an unbiased adviser to adults, an entertaining interlocutor to the young, a worthy partner for children playing games," an article titled "The Computerized Classroom" says in an 1986 issue of the magazine Computer for You, issued by the Central Committee of the Dimitrovski Communist Youth Union (DKMS).

The colorful and futuristically designed pages of this magazine often refer to new technologies as if they were a kind of alien organism that will definitely lead to greater progress and social cohesion. In another issue, the editorial board writes: "The digitalization and, above all, computerization of the national economy is a leading factor in implementing widespread intensification, especially in industries that play a role in the growth of our economy."

Vitosha, the first Bulgarian computer, was developed at the Institute of Mathematics (part of the Bulgarian Academy of Sciences) and was ready in 1963, later than equivalent machines in other Eastern Bloc countries (Poland, Germany, Czechoslovakia, Romania, USSR). An issue of Computer for You calls Vitosha “a beloved child” and "harbinger" of Bulgarian electronics, and proclaims the calculator model Elka 6521 "the best in the world." After a slow start, Bulgarian technology made an impressive leap forward, mostly thanks to Ivan Popov (1907-2000), professor and rector of the Higher Mechanical and Electrical Engineering Institute in Sofia, as well as a corresponding member of the BAS.

In the 1960s, under his influence, Bulgaria obtains a Japanese license and starts manufacturing computers and building production facilities for disks and tape memories.

“The latter allowed us control of a solid percentage of computer manufacturing across the Eastern bloc. Almost every other country took part in the manufacture of processors using the ES system, monitors, peripherals and personal computers. But the scale of this production as a total share of our small country’s industry is considerable, which is also due to the fact that there was rapid implementation of a solid education in this field, especially during the 80s."

After computers were first introduced to the public in the 1970s, the computer club was born in the 1980s, which is also when the Pravets series of personal computers became available. The development and production of Bulgarian microcomputers began in 1979. A year later, the Institute of Technical Cybernetics and Robotics at the BAS built three units of the first model, called Individual Micro Computer - IMKO. The team was led by engineers Ivan Marangozov and Kuncho Dosev.

Fifty units of IMKO-1 were ready to be shown to the public in 1981, each unit taking up tens of square meters. Next was IMKO-2, produced in 300 units and based on Apple prototypes, which inspired the joke that IMKO stood for Ivan Marangozov Copies the Original. According to research published by the AMuseum.bg digital museum, authorities at the time focused their efforts on the Sasho Kofardzhiev factory near the Iskar train station in Sofia, where production of electronic devices began under the directorship of Spas Rigov. In 1982, Pravets 82 premiered, with 500 units distributed the following year, 2500 units in 1984, and up to 18 000 in 1985. According to AMuseum, production peaked at 60,000 units per year for the rest of the decade.

Technological progress was used in propaganda about the close relationships between countries behind the Iron Curtain. It served as proof of the Party’s ultimate correctness, in spite of the constant economic shocks of the period, and also as an assurance that technological progress equaled social progress, even though very few citizens had regular access to computers. An 1984 issue of Computer for You describes the computer club at the Sunny Beach resort, where Bulgarian and East German kids gather to explore their passion for programming and completely ignore the beaches down the street. The issues that discuss the impact of technology on education are particularly interesting. In an interview for Computer for You, Prof. Dimitar Pavlov from Sofia University says that mass adoption of computers can greatly contribute to "multifaceted personal development " and compares its future prospects to the mass adoption of the "telephone, tape recorder, radio."

And yet, not all coverage of these technological successes is pure propaganda: "The magazine, which was published mainly during the period when Communist Bulgaria was undergoing political and economic reforms, was often also a forum for criticism – for example, that there is a lot of popular interest in computers, but it is near impossible to buy a Pravets for home use; or that the party is promoting these scientific and technical breakthroughs but not producing enough units," says Victor Petrov, a history professor in the US and among the few authors to have written in depth in English about the early history of programming in Bulgaria. "In the context of the restructuring of Bulgaria in the 1980s and the eventual authorization of a kind of private business sector at the very end of the decade, the first private computer companies or collectives appeared which developed software for different government departments (e.g. Avangard). Many of them were based outside Sofia: in Plovdiv, Varna, Burgas."

Victor Petrov lives in Knoxville and teaches at the University of Tennessee. His interest in this topic deepened over the course of his doctoral studies. "I was studying at a department that was very much in favor of so-called 'global' or 'transnational' history, and the professors were always trying to steer us toward topics that went beyond the narrow confines of the national narrative." At first, Petrov focused his research on nationalism during the totalitarian regime (1945-1989) in Bulgaria and espionage in the Eastern Bloc, but later became more interested in lesser-known topics from those decades.

The mythologizing of the "father of the computer" John Atanasoff and the popular narratives about our "technical nation" and the Pravets computer are completely unknown to most people in the West. "So I devoted my dissertation to this subject and discovered that the history of Bulgaria becomes very global when you look at it in this way: the Iron Curtain disappears to some extent, Bulgarian socialism and its utopian dreams become more interesting, and the topic also touches on Bulgaria's relations not only with the USSR, but also with the countries of the so-called Global South such as India, Egypt, Vietnam." Few people know that, in the late 80s, Pravets manufacturing was partly moved to Soviet Tashkent, now the capital of Uzbekistan, and in 1990 these computers were to be widely distributed and production in the Arab world, a plan which, according to records available at the AMuseum, failed because of the 1991 Iraq War.

Petrov also ventured into this subject for personal reasons: "During the last years of the regime and after its collapse, my father worked on a PhD related to expert systems and artificial intelligence at MEI-Varna.”

"As is so often the case, historical research also becomes an attempt to understand more about your own past, not only on the national level, but also on the family or personal level."

In our collective memory, computer education and development are exclusively associated with the computers produced in Pravets in the 1980s. To what extent are these phenomena confined to Sofia and the small town of Pravets, 60 km away from the capital?

Computers were quickly adopted by the administration. The first ones are systems based on Japanese licenses from Fujitsu (FACOM 230, produced in Bulgaria as ZIT-151); as well as from the ES series – these kinds of computers were produced by all the countries in the Comecon (the Council for Mutual Economic Assistance, a network of countries in the Eastern bloc and other socialist states) based on the IBM 360/370; the Bulgarian systems were called ES-1020/22 and ES-1035. "These machines were designed for work in territorial and departmental computing centers, serving the needs of the economy, factories, the administration, and the military. IZOT ("Computing, Recording and Organizational Technology") produced a series of personal computers in the 80s, so not everything was based in Pravets," Petrov explains.

The first computer labs appeared in Sofia schools in the early 1980s, and by 1987 there were 530 clubs around the country, including Bulgarian computer clubs in Hanoi, Pyongyang, Havana, Addis Ababa, as well as Moscow, Leningrad (now Saint Petersburg), Kyiv and Kharkiv – usually as part of the local Bulgarian consulate.

The end of the totalitarian system and the beginning of the so-called transition period were marked by a curious event: the rise of Bulgarian hacker Dark Avenger, who drew international attention to Bulgaria as the source of a large number of computer viruses. In April 1988, Computer for You devoted an entire issue to him, and two years later, the New York Times also wrote about him. Another interesting fact – one of the many viruses attributed to him is called Nomenklatura (nomenclature), his messages contain references to heavy metal songs, and at one point spread the message “I want to travel.” He stopped hacking in the early 1990s, and his identity remains a mystery. We still don’t know whether Dark Avenger was a single person or a group of hackers.

According to Victor, many questions about the period between the 1980s and 1990s are yet to be answered, particularly how technological developments affected espionage in countries in the Soviet sphere of influence, the devices being developed and how all this relates to various embargoes, financial crises, quotas. The question also remains whether the ES systems used in the Eastern Bloc were doomed from the start to lag behind world trends.

“The period after 1989 also poses interesting questions – what happened to the assets of these enterprises, as well as affiliated companies abroad, controlled in part by State Security?"

This also leads us to the question of our neverending transition and whether it’s possible to build capitalism without capitalists. Or more precisely, who became a ‘capitalist’ and how during late socialism as part of this avant-garde industry, which had contact not just with the technology of the West but also with business and the general trends in the global economy from the late 70's onwards. Here, the history of Bulgarian electronics smoothly leads to ever-relevant topics in Bulgarian politics and economy,” Petrov concludes. 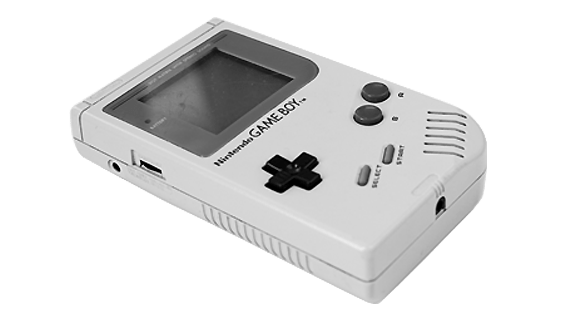 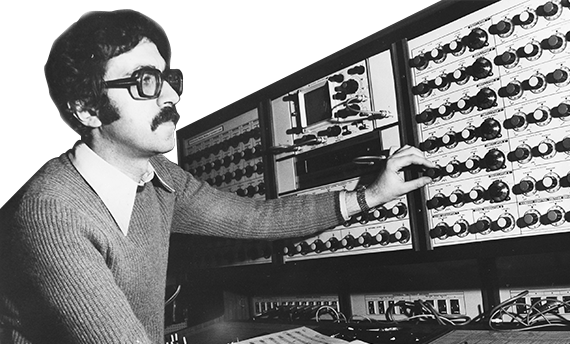 Design of the era 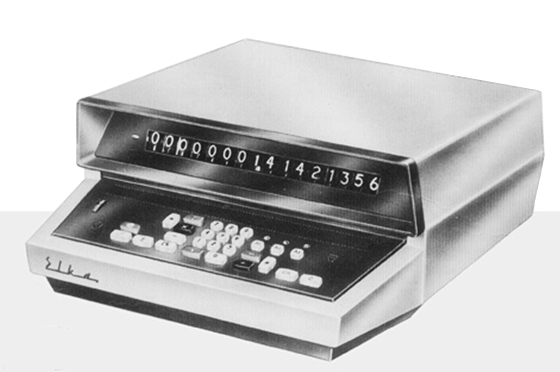